Last year was my busiest year so far, I traveled to eight locations across seven countries and managed to see five new countries that I’d never visited before, edging me closer to my 30 before 30 target!

A Winter Trip to Iceland

In February I booked another flight to Iceland. This was a country that I visited in 2014 and instantly fell in love with. I spent my time bathing in the many geothermal pools (visiting four in as many days), embarking on an epic 12 hour journey through blizzards, rain, fog, snow and the occasional sunny spell, to lust over South Iceland’s Glacier Lagoon, feasting on hot dogs, burgers and lobster soup and generally soaking up the Icelandic culture in the cafe’s around Reykjavik.

Oh yeah, and I got engaged!

In March I took two long weekends, first to visit Hungary to stay in the capital, Budapest. It took a couple of days before I felt settled, but in the end Budapest found a fan in me purely over the street food (Langos where have you been all my life!) and the baths. Highlights also include a boat cruise on the Danube at night (with champagne in one hand, camera in the other) and the views from the Fisherman’s Bastion overlooking the parliament building.

My First Trip To Poland

My second trip was to Gdansk, Poland. This was a fleeting visit, but this small town won me over with its pretty buildings and quaint cafe’s. I’ll leave the vodka in Poland though, that you can keep. Unfortunately I have no memory of my last night there, apart from a lot of cobbles being where the sky should have been. Whoops!

A Short but Sweet Trip to Lisbon

In May we took a trip to Lisbon for a day and half before catching a train south and spending the next few days in the Algarve. Lisbon was pretty gorgeous, and I was happy taking long walks along the sea front, sipping beer and eating my own weight in Nata’s.

Berlin for Beers in Summer

In August I decided I need to do something about the fact I’d never been to Germany and booked up a few days in Berlin, coinciding my time here with the International Beer Festival. We had two happy days in the Berlin sun drinking our way up and down Karl Marx Alle and another few days discovering the historical sights of the city.

September saw us take a week in Slovenia, a country we didn’t have that much knowledge about. Ljubljana charmed me from the start and Lake Bled cemented that love even further. For its’ relaxed way of life, chilled cafe’s, friendly locals and beautiful streets, Slovenia’s capital is now one of my favourite cities in Europe (only a smidge behind Reykjavik!), and I feel sure I’ll be back to visit again sometime.

Back to Poland in Autumn

And for my Birthday, we chose Krakow, Poland for a four day break in November. Krakow treated me to some fantastic food and drink in a magnificent city and had a lasting effect on me through showing me the horrors of the war in Auschwitz-Birkenau memorial site.

And finally for our last travel destination of the year we chose Copenhagen, Denmark. We sadly visited on the cusp of a storm and didn’t have the good weather we’d hoped for, so spent most of our time huddling in a coffee shop trying to keep out of the cold, but Tivoli Gardens at Christmas time was the perfect way to get me into the Festive spirit. 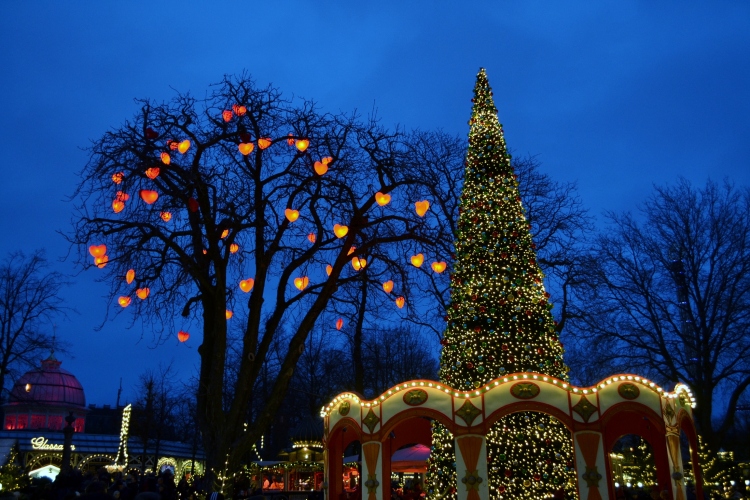 Plans for the year ahead

I already have a flight booked for Iceland (again!) in September and plan to take at least a few more breaks before then to some more European destinations. I never been to Spain before, which is crazy, so maybe that’s somewhere that should be on the list!

How was your 2015? What are your plans for the coming year? Is there anywhere you’d recommend? Get in touch and let me know!