When asking advice on what to see and do in Vienna, many could hardly contain their surprise at the lack of time I was allocating to explore this Austrian City.
I admit, four or five hours is not ideal, but I remind people that with a full-time job back in London, I’ve got a finite amount of annual leave and this trip was always going to be an add-on to my weekend in Bratislava. A bonus trip, if you like!

Hell, I’m just gonna make the most of the short time I do have, and I can always come back, right?

Still, they kept insisting ‘You’re doing it wrong’. ‘Stay in Vienna, and day trip over to Bratislava, you won’t regret it!’.

Anyway, me being me, did the complete opposite and booked a three night stay in the Slovakian capital with the intention of taking one day out to see Vienna.

Despite popping Vienna on the itinerary, I have to say I wasn’t hugely enthused by the thought of this visit, and to be completely honest it was more about killing two birds with one stone and ticking boxes (Aha! Austria – done!), rather than having any real desire to travel there, which isn’t the best grounding for a trip, I’ll admit.

Honestly though, I hadn’t really heard much about Vienna, apart from that it was pretty and grand with beautiful buildings, but anyway, I’ll go, sort of just because I can(!). And why do we go anywhere anyway? Because we haven’t been before, so… yeah! It’s new, and new is exciting… always!

Vienna is super close to Bratislava, just over an hour away. In the summer you can choose to power down the Danube by boat, which sounded pretty fun, and no doubt the more scenic route, but being the slightly quicker and cheaper option we punted for the train at 14 Euro day return direct from Bratislava Hlavna Stanica.

After an hour of coasting through the admittedly rather bland Slovak / Austrian countryside we arrived in Wien Hauptbahnhof, found our bearings and began making our way by foot into the town centre via Oberes Belvedere, world heritage site and art gallery. This was grand and gorgeous palace with pretty, well-kept gardens and a beautiful fountain.Even with the grey skies it looked pretty darn lovely, and this rather majestic set-up was such a contrast to Bratislava’s cute alleyways and petite pastel buildings. 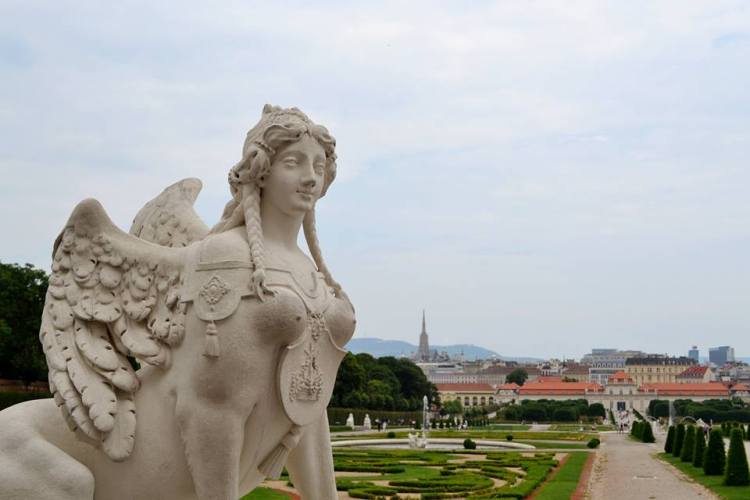 We then gravitated our way towards the main shopping area and St Stephen’s cathedral. Even on a Sunday morning, the streets were quite crowded, despite the main shops being closed.

Following the stream of people, we sort of landed on the square with St Stephen’s Cathedral by accident and stopped to admire the stunningly ornate green tiled roof!

After a lunch at a back street café of schnitzel, strudel and beef soup with pancake strips called Fritattensuppe (I have to admit I wasn’t a huge fan of this Austrian starter, but the schnitzel and strudel more than made up for it!).

I was planning on squeezing in a coffee and sacher torte later on but my huge schnitzel refused to make any room, so sadly I missed out on this Austrian delicacy.

Told you I’d have to come back!

Enjoying The Sun At Burggarten

We then meandered around for a bit in an attempt to burn off a little bit of our huge three-course lunch and found ourselves in Burggarten. Nursing tiny food baby’s and drowsy from the June heat we happily collapsed on a patch of grass overlooking Schmetterlinghaus. 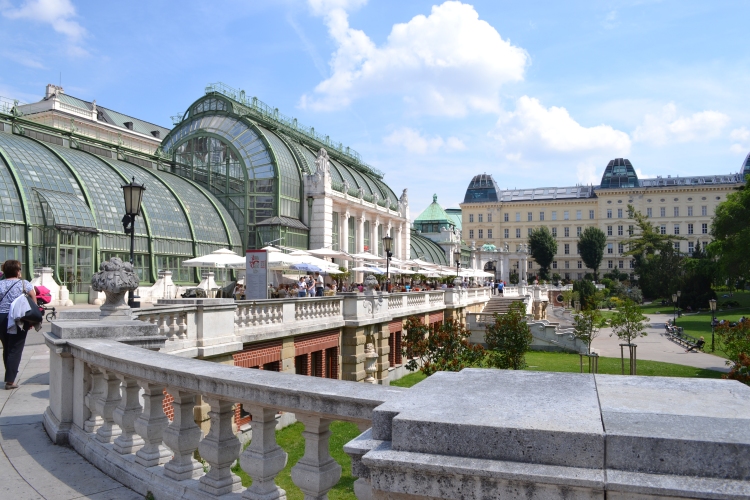 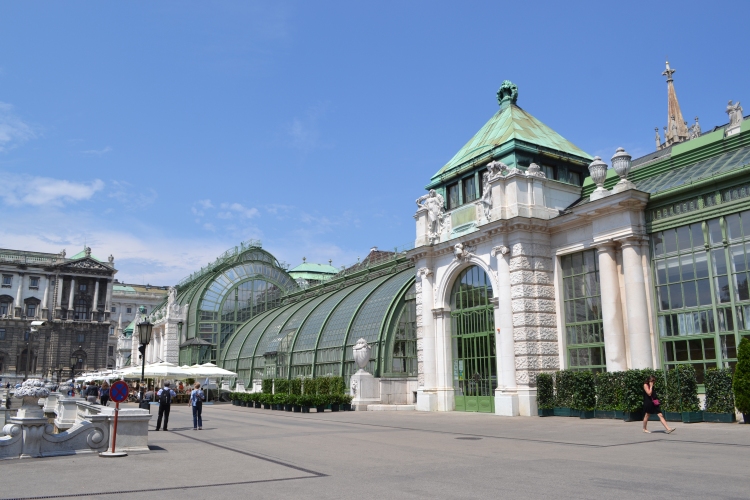 In mid-afternoon, we made our way back to Wien Hauptbahnhof to head back to Bratislava for dinner (more Halusky!) 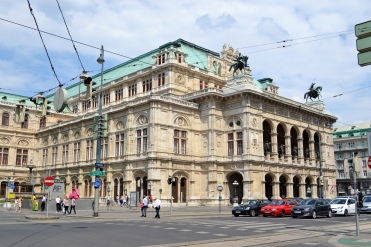 Vienna, it was a short, but certainly sweet trip. I’m more than aware that we missed out huge chunks of must-see sights and I would have loved to see Hundertwasserhaus, the colourful and crazy apartment block, Schönbrunn Palace, Prater amusement park, and Naschmarkt, which was closed on Sunday.

Unsurprisingly, four hours wasn’t enough to see Vienna, but it was a fabulous introduction to the city and I’m glad to have made the journey out to Austria!

‘Til next time Austria!

Read more about my trip to Bratislava here.  – Why you don’t want to be missing out on this gem of Central Europe.

18 thoughts on “Four Hours in Vienna; How I Spent Just One Day in the Austrian Capital”