Regular readers will know that Iceland and I have been having a not-so-secret love affair over the past three years. After my first trip was back in 2014, I was totally hooked and I’ve been making my annual pilgrimage to the land of fire and ice ever since.
Hence why I feel like a bit of an old hand at the famous golden circle tour!

This year however, was my first summer-time visit and I was keen to see the golden circle without its carpet of snow, and guys, i’m here to tell you that it’s utterly show stopping! 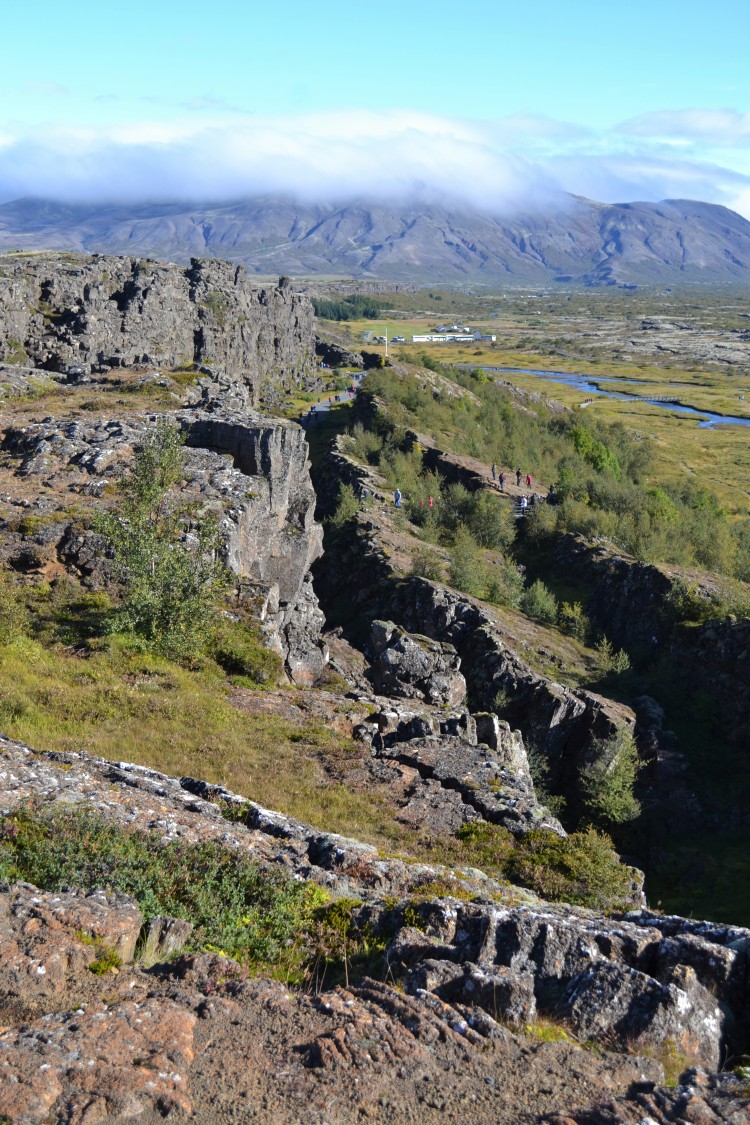 A short drive away from Reykjavik is the first stop, Thingvellir National Park. This unique site is one of only few places in the world where you can witness the earth’s tectonic plates ripping apart; a visual representation of continental drift.
There’s something oddly humbling standing dwarfed between a canyon of towering rock; the North American plate on one side and the Eurasian plate on your other. An all so-very -obvious reminder that we live on a planet that is constantly shifting and changing and that our world is both bizarrely delicate and scarily powerful.

Not being content with just being one of the most geographically fascinating places, Thingvellir is also hugely significant from a historical aspect, going down in the history books as the birth place of the worlds first parliament in 930AD

It also doesn’t hurt that it’s almost painfully beautiful here, with THAT panorama to lust over forever and despite it being one of the most popular tourist spots in Iceland (for such good reason!), it possible to take a wander through the canyon and down into park and find a spot near the base that is less populated.

And for those who are after some real ‘only-in-iceland’ adventure, make sure you come back to Thingvellir after booking a snorkeling tour where you’ll swim in crystal clear, filtered glacier water between the tectonic plates, and yes it’s a cold as it sounds, but an experience that is way beyond expectations! 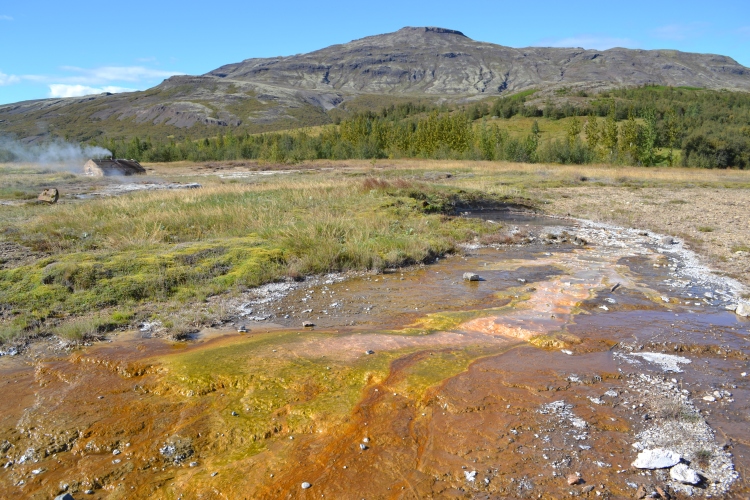 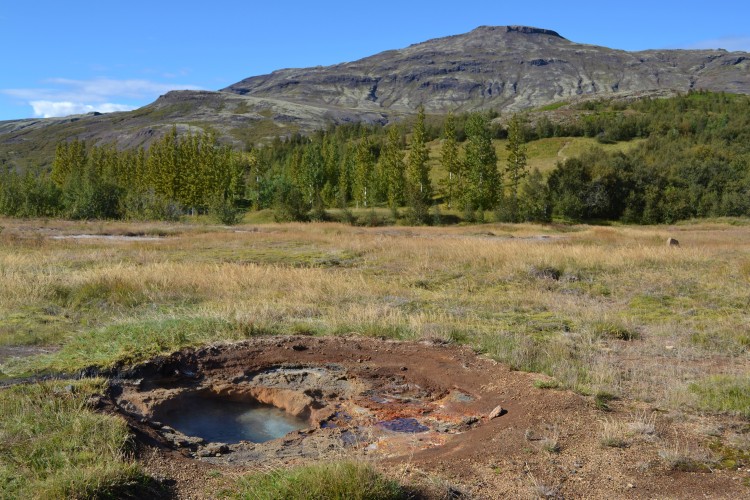 The geyser hot springs area is the next major stop on the self-drive tour. It’s one of those places that you’ll smell before you see it, on account of the eggy sulphur clouds!

Not to delve too deep into the science, but in brief, the geothermal area was created from volcanic activity working just below the ground; pressure eventually builds and the result is a powerful upward jet of boiling water and steam and we get our perfect action shot!

The Great Geysir is been pretty much dormant for nearly a century now, but Strokkur is your old dependent, shooting a stream of water into the air every few minutes, so if you hang about long enough you’ll be able to catch at least a dozen eruptions. 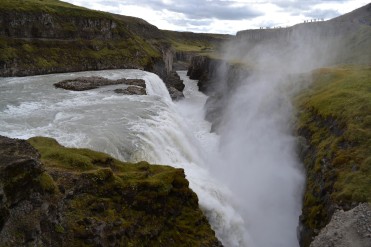 Just up the road from the Geysers lies Gullfoss; the mother of all foss’s.

This epic waterfall spreads itself over three deep set steps carved into the landscape. Walking up to the waterfall and onto the wooden viewing platform you can look down into the canyon and appreciate the utter scale and power of the water plummeting into the river below.

In the summer, with the lack of snow, it was possible to walk nearer to the water’s edge, get a face-full of spray and experience the roar of water up close!

Just venture slightly off-route from the golden circle road, to Flúðir and you’ll discover the Secret Lagoon. Despite the name, it’s actually pretty well-known nowadays and can get busy, but regardless – factor this stop into your self-drive tour and you’ll thank me later!

The Golden circle tour is one exhausting but totally incredible day. Checking into one of Iceland’s natural hot pools is sure to restore the balance and sooth your aching legs.
You may have already visited the Blue Lagoon, but the Secret lagoon can be described as a more ‘authentic’ experience, plus it’s about half the price!

They have tried to keep the area ‘stripped back’ and natural, with un-fussy changing huts and a simple geothermal heated lake with pebbles beneath your feet. A natural hot spring continuously feeds into the bath, keeping the water at a toasty 38-40 degree Celsius all year around, and they even have their own mini-geysir in the corner of the lagoon erupting every few minutes. 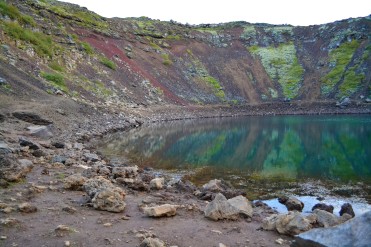 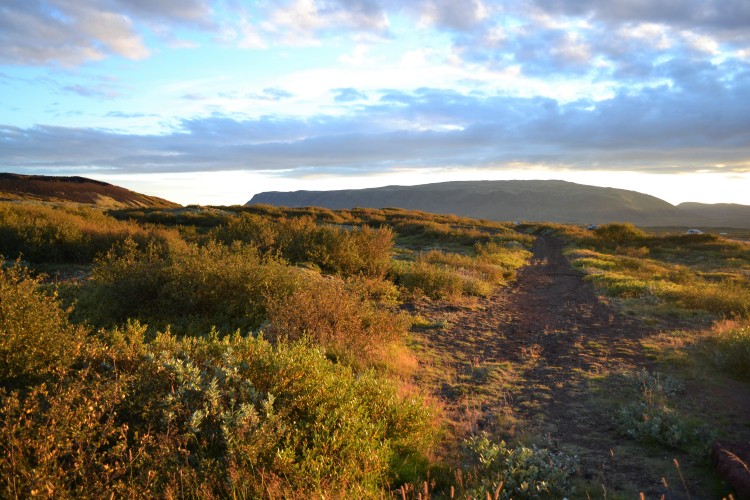 A final stop on the home-straight back to Reykjavik is the now extinct Kerid Volcano.

Easy to miss on the left-hand side of the road, watch out for the small sign and the tiny welcome-hut, then pull up in the car park and clamber up the side to gaze down into the emerald lake at the bottom.

We stayed here a while, and took a walk around the perimeter of the crater and watched the sun set! Perfect end to a kick-ass road trip!

Now, back to Reykjavik!

Ever completed the Golden Circle tour? Or have you been thinking about an Iceland trip?
What’s your favourite road trip you’ve ever taken?